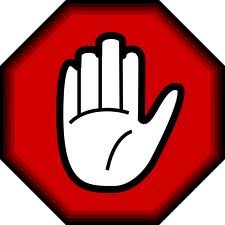 The scammers are at it again, time to be VERY careful.

Many people are getting calls from 09 numbers reporting to be from Microsoft, I had two calls this morning and they are very believable.

However, Microsoft never cold call so you know for sure these calls are 100% FAKE!

To see how far it would go I played along with one of the calls, they knew my name and email address (one of them anyway). They told me they were calling from Microsoft in Paris and that there was a problem with the Windows license on my computer that they wanted to help me sort out. I was told the license was fake and would be shutdown within 24 hours if I did not accept their help, that I would lose all access to the computer if they did not give me a new license number right away. I played along, they next told me they needed access to the computer which I would not give them. Then I was told they could provide a new license, but I had to give my bank card details as proof that I was who I said I was. Again I refused.

So you can see how the scam works, they call telling you there is a problem, gain remote access to your computer so that they can steal your Windows license code. Then Charge you a fee to provide a used code they have stolen from someone else and probably help themselves to a large amount of money from your account.

If you are called by anyone reporting to be from Microsoft, Norton, Orange, etc etc. put the phone down and do not talk to them, they are fake/scammers.

Please be very very careful a number of people have fallen for these calls and given away their bank card details.

If you are worried there might be a problem with your computer please call me and I will help.